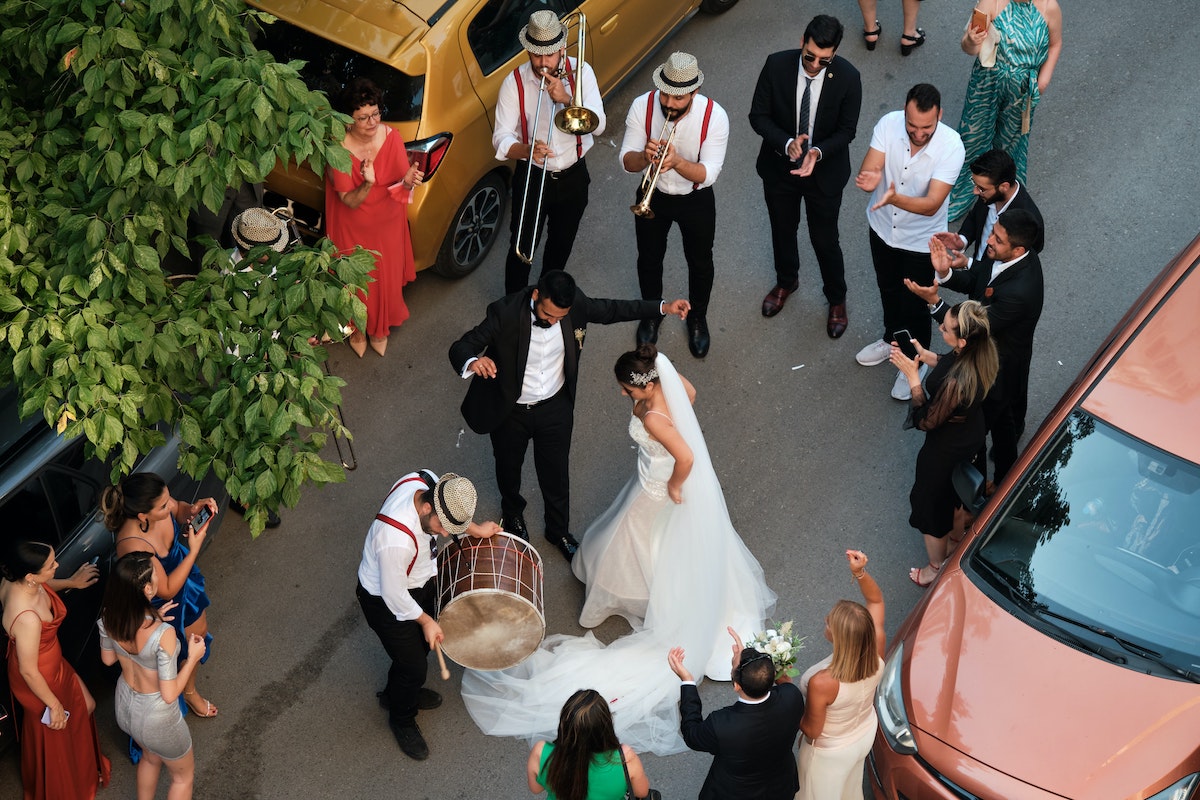 Dancing in the Street: How to Plan a Wedding Parade

Those giddy moments after you say “I do” are a time of celebration. Punching the air as you walk back down the aisle, confetti, hugs with family and friends. So why not take that feeling of celebration to the streets as you move from ceremony to reception with a wedding parade? It’s the best way to get the party started and a moment you (and your guests) will never forget.

Of course, the wedding parade is nothing new. It’s part of the wedding tradition for many cultures. For example, New Orleans has the second line parade, a brass band processional that pre-dates the Civil War. The newly-married couple and the band form the ‘first line’, holding uniquely decorated parasols. They are followed by the ‘second line’ of partygoers and well-wishers. In Mexico, you have the callejoneada, with music, tequila-laden donkey, and large puppets, called mojigangas. In the UK you might find trumpeting heralds or a bagpiper, while in Hawaii, the parade might be led by a conch shell blower along a path of tiki torches.

Whichever tradition you choose to follow (or if you just decide to create your own!), there are a few steps to take in planning your wedding parade.

Book a band. For a real parade atmosphere, a band is a must. (Especially if you’re following the second line tradition!) Whether you choose a single instrument or a group like a brass band or a mariachi band, you’ll want to ensure that the band you choose has experience leading a parade. (And that they can perform while walking, of course!) Be sure to book them well ahead of time since, like other wedding vendors, a good parade band often has a full calendar.

Plan your route. Once you have confirmed your ceremony and reception locations, you can start planning your wedding parade route. Ideally, these should be quite close together, since anything more than around 15 minutes (or 6-8 blocks) can be too much. You should also plan to go with the flow of traffic.

Arrange permits and an escort. Since you’re taking to the streets, you’ll need to organize the correct permits and (usually) a city-mandated escort. The details of the permit will depend on the city or town where you’re having your wedding. In New Orleans, you need to file a permit with the city at least 1-2 months before the parade date. You may also need an escort to close streets to traffic and ensure safety. If you have smaller numbers, you may also be able to use the sidewalk, which usually doesn’t require a permit. However, be sure to check the laws and regulations at your wedding destination.

Double check the route. Even if you know the route well, it’s important to check it out before the wedding to ensure that there are no unexpected surprises like construction or other roadblocks. You also don’t want to get lost if it’s an unfamiliar place. So just like a wedding rehearsal, take a walk a couple of days before the big event.

Recommend comfortable shoes. While a wedding parade is a fun surprise, it’s a better option to let guests know about it ahead of time. Recommend that they wear or bring comfy footwear.

Be mindful of less mobile guests. Even a short parade from ceremony garden to reception ballroom can be too much for guests who are less mobile, including the elderly. Offer them alternative transportation, like a few pedicabs, so they can be part of the parade. And be sure to have a few friends keeping up the rear for any slower walkers, to ensure they don’t get lost or left behind.

Most importantly, bring your own enthusiasm! The best parade leaders are a couple who are ready to dance in the street and share their joy! 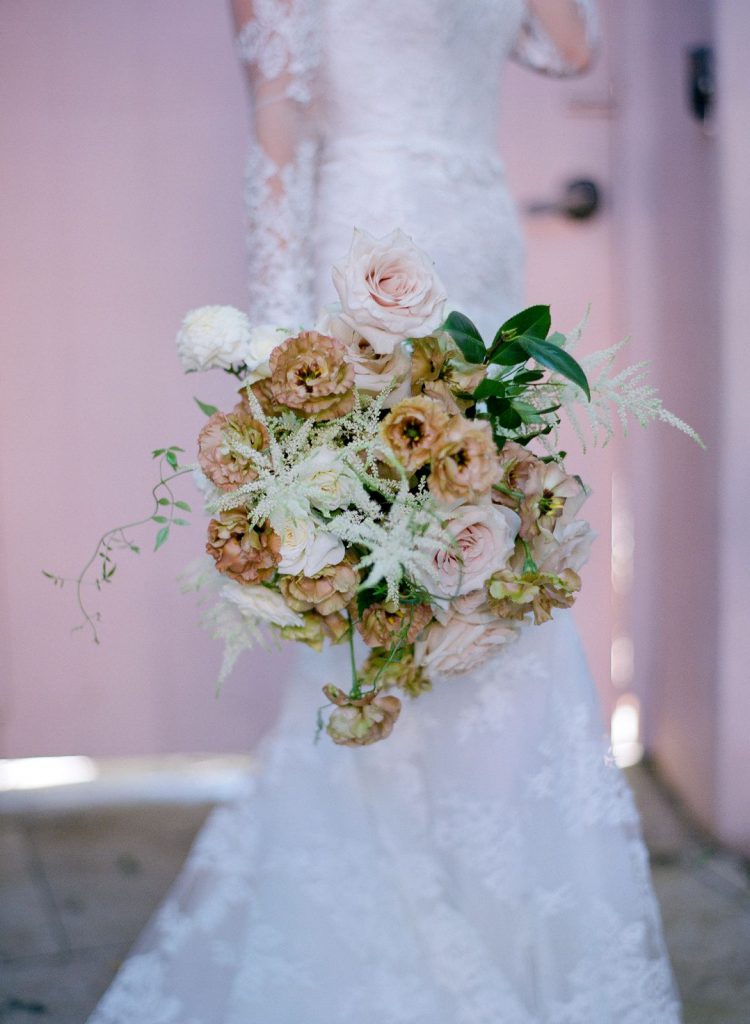 I Do Moments, Planning Advice 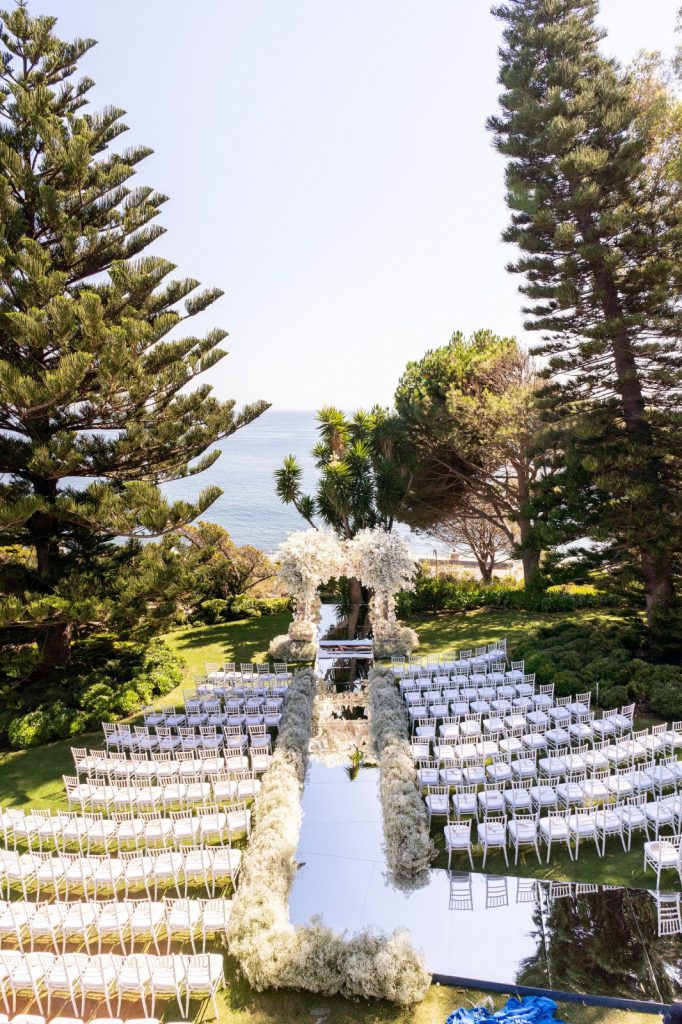 When is the Best Time to Plan a Wedding in Los Angeles? 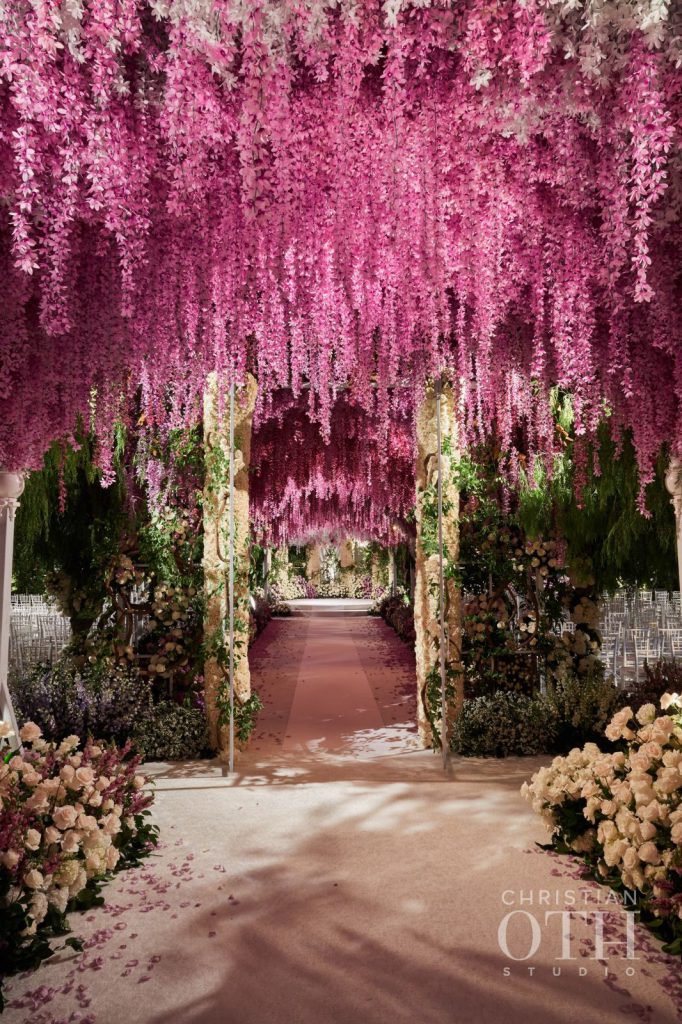 How to Plan a Destination Wedding That Will WOW Your Guests